Last week, the Proof crew packed our bags and headed to Vision Quest. While we spent time hiking, playing endless rounds of Heads Up, and eating a whole lot of good food, we also dedicated a majority of our time to reflecting on goals and new projects for 2015.

During several initial brainstorm sessions, I quickly became aware of how often we used the term “collaboration”. From scheduling meetings with team members to learning more about UX and InDesign, to working on re-branding internal initiatives and designing new processes, it was understood that working together would be essential to achieving success.

It’s easy to segment ourselves—the content team, the design team, the web development team. But in doing so, we lose sight of the importance of collaboration. Projects risk becoming choppy and disjointed, and it’s much easier to reach burn-out when we rely solely on ourselves.

As we reviewed the wall covered by Post-its featuring new ideas, Matt said,

“Inevitably, everyone’s hands will touch each project. And to be successful, each member of our team will need to contribute their expertise, excitement, and innovation.”

Today, we have no excuse not to collaborate, both intra-organizationally and inter-organizationally. It doesn’t matter if your team works in the office or remotely, in cubicles, or around one table. Technology affords us the ability to share ideas, inspiration, and to ask questions at any moment in time. Let’s take a look at a few reasons you should step out of your bubble, call a fellow entrepreneur, and start collaborating.

Erika Napoletano, a marketing professional at RHW Media, explains to Entrepreneur Magazine why we must collaborate.

“I realized that, in their infancy, my ideas are just things bouncing around in my noggin like the last three gumballs in a glass globe outside the grocery store. On the surface, I had nothing. Ideas that sit in your head are worthless for a few reasons: They’re idle, they’re bulletproof, they’re invisible.”

When an idea is in its infancy, we, as its creators, often let our passion and excitement cloud our vision. It’s difficult to recognize the pitfalls, but by allowing others to process our idea, they offer fresh perspective and can easily spot gaps. In bringing these dreams to the table, we allow others to step in beside us and help make them realities.

At Proof, we found that once we wrote down and shared what had been swimming around in our heads for weeks, there were actually very few barriers to completing (or at least starting) each project. Allow your ideas to be heard. Let others critique them. Then, just begin.

Co-Society, an organization dedicated to providing a platform to connect companies to increase collaboration, released a collection of case studies on various businesses who have demonstrated the value of collaboration. Below are two examples of companies who pooled their resources to achieve success in new ventures. 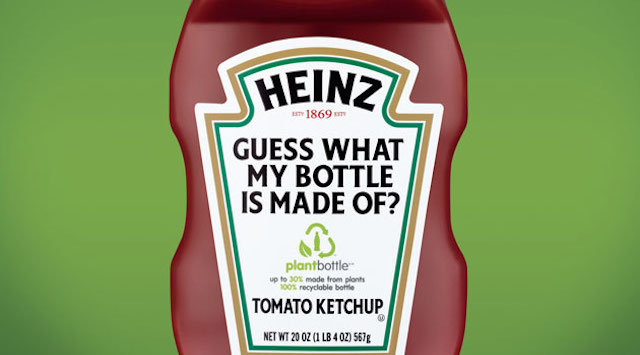 Coca-Cola and Heinz pooled their resources to achieve success in a new venture. As consumers are becoming more environmentally conscious, Coca-Cola began developing an eco-friendly “Plant Bottle” bottle in 2009. The bottles are comprised of 30% plant-based materials, but Coca-Cola recognized they didn’t have the facilities to manufacture the bottles in large quantities.

So they reached out to Heinz, who had the necessary facilities, and have been using their bottling plant to create them. In return, Heinz invested in the project and began using the bottles as well. 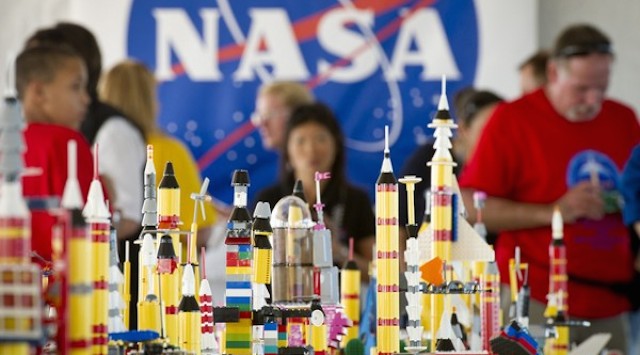 Along with developing air and space programs, NASA is dedicated to increasing math and science education amongst children. For elementary and middle school kids who are bombarded by video games, sports, and toys, NASA’s challenge was obvious: make education enjoyable and fun.

After some brainstorming, NASA teamed up with LEGO in 2010 to create a three-year partnership in which they promoted technology, engineering, and mathematics through a beloved childhood toy – LEGOs. LEGO had the resources to develop the program and brand to connect with children, and NASA had the knowledge and passion for education. By pooling their resources and expertise, they’ve created toys that are designed to increase children’s engineering and science skills.

Idea generation and pooled resources are just a few reasons and benefits of collaboration that have led Proof to continue brainstorming new projects together and learning new skills from one another. It touches so many aspects of what we do – from reviewing weekly client deliverables as a team to meeting our 2015 internal goals.

As technology increases and offices become remote, our audiences are also looking for us to become more connected, more collaborative. And there’s no reason not to be. Discover tools for your team to stay connected–here at Proof, we use Slack for internal collaboration, and Basecamp for collaboration with our clients.

Sharing ideas and receiving feedback shouldn’t be a chore. Put it on your calendar until it becomes a natural part of your workflow. Utilize your team and your peers to bring your ideas to life.

Share:
Previous Article Emotional Labor is the Hard Work of Making Art
Read More
Next ArticleHow to be a Critic Without Being a Jerk.
Read More