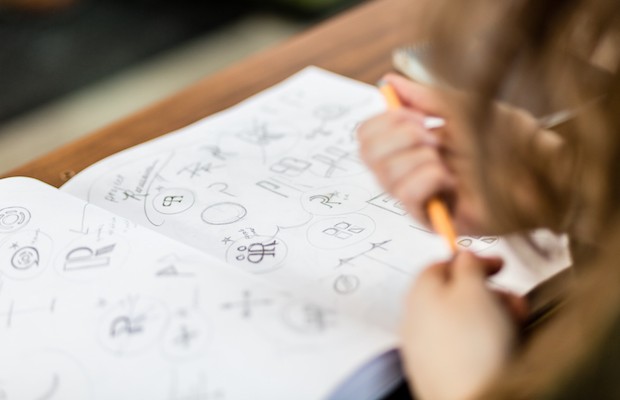 About eight years ago, I first got the itch to start my own company. I didn’t know what that company would be—what I would do, if anyone would pay me, or if anyone would give a damn about what I had to say.

I started writing a blog and started designing and developing websites on the side to make a little extra cash. There was no noble pursuit of building an empire, just a means to an end. A creative outlet and a little extra money. And then, the world came crashing down (note: I’m being dramatic, but at the time it felt like that). In the thick of the recession, I lost my job and had to survive.

So I worked hard. I said “yes” (a lot) and barely ever said “no”. Every client was a great client because they were a client. Every opportunity could have been the last. Nothing—absolutely nothing—was taken for granted.

It wasn’t healthy—the hours I worked and some of the projects I took on that I had no business taking on. But it got me to where I am. All those long days, nights, and weekends led me here. To where Proof finds itself today. Stronger than ever, supported by amazing clients around the country, and a team that shares in the unified belief of doing excellent, thoughtful work.

That’s probably why, for his latest album, Macklemore and his crew bought a 1985 Chevrolet Suburban and got the hell out of Dodge. Away from the distractions, away from the expectations, and to a place that allowed the freedom to create. He goes on to say:

I, and we, may be in a different place than we were when I was starting out in my in-laws basement. But in order to be the best and to keep getting better, we have to create not because we have to, but because we got to. Our best work will only come from a place of being bold, not from a place of playing it safe.

Whatever it is you do, over time, the edge you had when it all began undoubtedly fades away. Find ways to bring it back. It doesn’t necessarily mean you need to buy an old car and head into the woods. Look to your left and right. Find ways to keep it there. Surround yourself with people that inspire and places that ignite your best work.

Survival instinct is what got you here and it’s what will keep you on track to where you’re going.