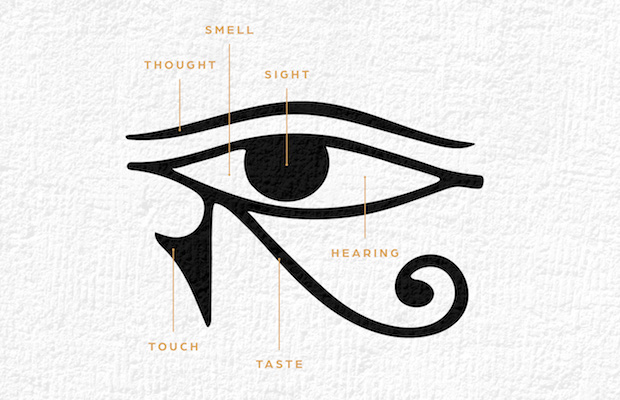 Whether it’s a brand, a painting, album art, interior design, or someones outfit, we tend to build a story around what we see, even if we aren’t conscious of it. Interpreting visual cues has become innate for us, because we’ve had 6,000 years to perfect it.

Around 4000 BC, Egyptian hieroglyphics started depicting symbolism in their paintings and pottery. Shapes, symbols, colors, and the position of objects all began to have a deeper meaning: the artist craved to project certain thoughts and beliefs to the viewer. Each stroke in every glyph held significant meaning to the Egyptians. The artist wanted to tell a distinct story. The Egyptians began to be intentional in passing down heritage in the most concrete way they could think of: visual communication.

Jumping forward two thousand years, Egyptians began to use grids to structure and organize their stories even more effectively. In addition, wealthy citizens began branding their animals with hieroglyphs, as an indication of ownership.

This practice is the first recorded instance of true logo design. The owner’s mark would be unique, each symbol a reflection of his or her heritage. People were staking a claim about their family’s name, their property, and their wealth. It was public way of saying: “These animals belong to me, and I’m proud to claim it as mine”. Visual communication continued to evolve all over the world at this time, creating more effective ways to share information, to identify oneself, and to show possession.

Coming into the 21st century, we can learn from the traditions of the past. It is so evident that humans naturally crave to understand each other. One party projects information in a way that others will understand, and viewers then interpret information being relayed. Visual communication breaks the barriers of language. This type of story-telling has stood the test of time, and has beautifully infiltrated into our society today.

Visual communication is effective. It works, and will continue to work. It’s impactful and it’s moving. It’s why we do what we do. We get to effectively work with companies that want to tell a story, and we do it with the symbolism that has been developing for over 6000 years.

You see, people naturally want to understand who you are and what you stand for. That’s what an effective brand will do, if you let it.