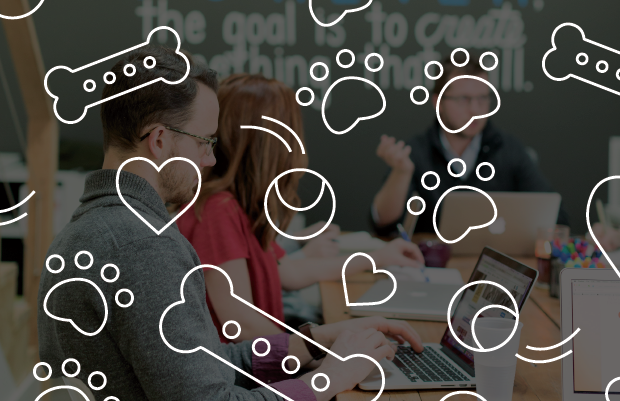 My friend’s dog is a genius.

“He picks up on things humans can’t. It’s real.”

My friend went on to say that Cooper, his golden doodle, perceives human emotions so acutely that it’s almost as if he can predict the future.

“He knew you were coming over,” my friend said. “About 20 minutes before you got here, Cooper got up and started getting excited, running around the room wagging his tail. He could tell by how my wife and I were acting—he could sense it.”

His EQ is so high, Cooper is actually going to be trained as a therapy dog, to comfort people in hospital or hospice care. In the latter scenario, a therapy dog’s ability to perceive the unseen is incredible.

The thing is, dogs are far more perceptive than they might let on. And you know what? So are your potential customers.

Have you ever received positive verbal feedback from a potential client, but then they ended up not doing business with you?

That’s because they are more brand conscious than you think. They may never articulate it, but they always feel it. They pick up on things instinctively that you never communicate verbally.

I remember one of my earliest sales calls here at Proof. I was so desperate for my first “win”, while at the same time trying to come off as calm, cool, and collected. That didn’t work. When I explained our fee to the prospect—which I had fearfully under-priced—the anxiety was palpable: I sure hope he doesn’t reject me right now!

By all logic, this company should have worked with us. We were qualified, had a competitive price, and completely understood their problems. But they didn’t work with us.

The prospect said it was about price. Have you heard that one before?

In all likelihood, it’s not truly about price. It’s about safety.

When deciding to invest in your product or service, your customer’s highest priority is safety. Can I really trust that your solution will deliver for me?

That being the case, any lack of confidence across the channels of your brand—your aesthetic, your environment, your people—will be felt by your prospects. Confidence is critical to branding success.

So, here is the simplest, most sustainable route to confidence: be true to yourself.

Own who you really are. Sure, it sounds cliché. Yet most companies don’t do it. Most will own who they think they should be. They own what they think will sell. And their potential clients will pick up on this lack of integrity, feel unsafe, and pass on the product.

I never thought I’d write this sentence, but here it is: if you need some inspiration, look at Kid Rock.

The dude’s net worth is $80 million. Not including his huge hit era of the late 90’s, he’s moved 14 million records in a declining business (27 million total).

Like him or hate him, the guy is relentlessly, unapologetically himself. He offends people. He stayed in Detroit. A couple years ago, he capped ticket prices at $20 to make sure his people could see him perform. He could care less about social media or what people think of him.

Don’t underestimate the power of being completely comfortable in your own skin. Your customers will sniff out anything less.

Share:
Previous Article 7 Things I Wish I Knew As A First-Year Designer
Read More
Next ArticleChange Your Language To Widen Your Reach
Read More