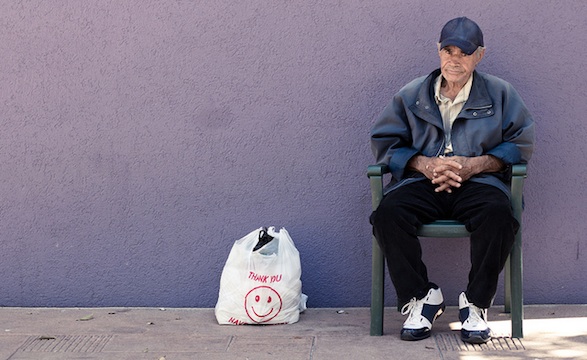 A few weeks ago, Tony Schwartz wrote an article for Harvard Business Review called, “Why Appreciation Matters So Much.” His post focuses mostly on the results of appreciation when it comes to bosses and employees, but the truth is that genuine gratitude can define a brand in a way no website, marketing campaign, or blog post can. In Tony’s words:

“Whatever else each of us derives from our work, there may be nothing more precious than the feeling that we truly matter — that we contribute unique value to the whole, and that we’re recognized for it. … Feeling genuinely appreciated lifts people up.”

Step back and look at what that can mean for your relationship with your customers. What if your customers walked away from their experience with you feeling like they matter, like they add value, like you appreciate them. That feeling is so rare.

Will they come back for it? Yes.

In his book Influence, Robert Cialdini shares the story of Joe Girard, a car salesman who sells an average of more than five Chevy cars and trucks a day and has won the title of “Number One Car Salesman” for 12 years straight, not to mention being called the world’s “greatest car salesman” by the Guinness Book of World Records. That’s a pretty impressive resume.

When asked about his success, Girard shares a simple formula: He offers people a fair price and someone customers like to buy from. But Joe Girard does one other thing I suspect has a huge impact. After all, I’m sure there are plenty of other fair, likeable car salesmen in this country who haven’t received nearly as much recognition.

Each month, Girard sends out a holiday greeting card to his more than 13,000 former customers. The holiday varies from month-to-month, but the printed message inside stays the same: “I like you.”

Sure, it’s repetitive and maybe even a little impersonal, but it’s a constant reminder to his customers that they’re not forgotten. He doesn’t have to spend thousands of dollars a year to let former customers know they still matter. But he does. And it shows in his every day successes.

A great logo, a swanky website, a good product: those things are all important. But at the end of the day, people want to matter. The best news of all? With a little bit of effort, you can let them know that they do.

How are you making your customers and clients feel appreciated?

Share:
Previous Article You’re Not Unique
Read More
Next ArticleDo What You Do Best (Forget The Rest)
Read More