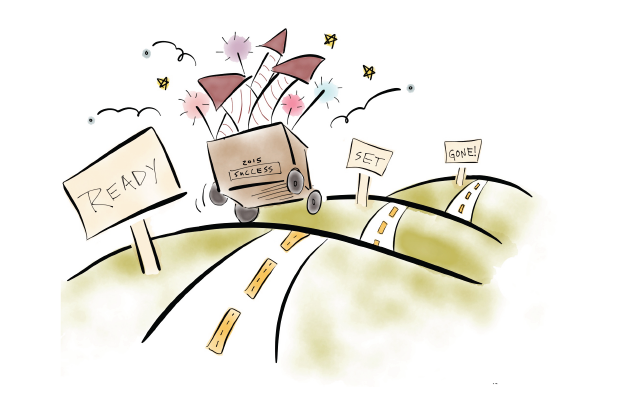 The holidays are packed with parties, cookie swaps, dinners, and family gatherings. It’s a time to open your doors and invite people to the table. That’s where stories unfold and intersect, as they’re both shared and created.

And during this season, I am struck by how the same practice of inviting others in could influence brands and, more specifically, non-profits.

Having spent some time working for a non-profit, I can attest to the power of storytelling. While we’ve shared before about its impact, nowhere is the practice of storytelling more essential than in a non-profit — it harnesses both the power of persuasion and emotional connection, to request your audience to join you in support of your cause.

So as the holidays unfold, let’s take a look at how participatory storytelling—inviting people in—could allow your brand to elevate itself and, ultimately, create a tribe of customers that are dedicated to your mission.

“Storytelling is joke telling; it’s about knowing your punch line. Knowing that everything you’re saying—from the first sentence to the last—is leading to a singular goal, and ideally confirming some truth that deepens our understanding of who we are as human beings.” –Andrew Stanton

In his Ted Talk, Andrew Stanton, writer of iconic animations such as Toy Story, Finding Nemo, and WALL-E, articulates the importance of knowing your finish line. Having a roadmap when telling your story, allows each detail and aspect of the narrative to have purpose.

Stanton shares that the number one “story commandment” is to make me care. And ultimately, that’s the purpose of any non-profit. The goal of storytelling and brand positioning is to answer the age-old question of, “why should I care?”

Begin your story with the intention to develop understanding, purpose, and, most importantly, connection. Why? Connection leads to loyalty.

While working on Finding Nemo, Andrew Stanton and his writing partner developed what they call the “Unifying Theory of 2+2.” The idea behind the theory is that you never give the audience “4,” but instead allow them to engage with the story and leave pieces of the narrative to their imagination.

It’s about inviting the audience to use their experiences and intuitions to fill in the blanks because, quite simply, they enjoy the challenge. Stanton states, “Set out to invoke wonder. It’s the secret sauce.”

In nonprofit storytelling, you have the ability to change the equation a bit. Instead of giving them the 2, be the 2. And instead of allowing them to develop the “+2”, simply let them be the “+2”. Develop a participatory storytelling model.

Captivate your audience by inviting them to join in the story. Invite them to stand beside you, to fight along the frontlines, and to join in.

Blake Mycoskie, founder of TOMS, recognizes the potential impact of allowing his audience to share in the brand’s identity.

“You are now as much apart of the TOMS story as I am. When you buy a pair of TOMS, it’s you that that’s helping to put a pair of new shoes on a child’s feet. You aren’t just a customer, but a storyteller. Every time that someone says, ‘Hey, I love your shoes, what are they?’ it’s you that’s helping to spread the word and inspire others to join the One for One movement.”

Mycoskie utilizes customers and supporters to create the “+2” in their equation.

Let’s revisit the Kony 2012 movement. Despite negative press and some questionable financials, the viral video campaign developed by the non-profit, Invisible Children, demonstrated the importance of participative storytelling. As Invisible Children articulated the story of Joseph Kony, they urged the public to become the “+2” in the equation: step up, advocate, and be part of bringing Kony to justice.

Success is found in the invitation to join the story.

So this season, as you prepare for 2015 and holiday giving, re-evaluate your story. Does it have a road map? Have you offered your audience a chance to step in and make it their own? Or have you simply detailed every fact and figure, hoping they’ll buy in?

Invite others to join your narrative, and create a story with purpose and direction–together.

Share:
Previous Article When is the Right Time to Rebrand Your Nonprofit?
Read More
Next ArticleTrusting Your Instincts: The Good, The Bad, The Ugly.
Read More