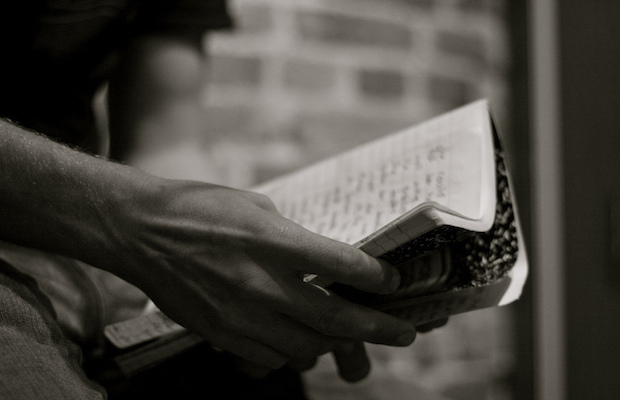 “Is there a story you’ve always wanted to tell that you haven’t yet told?”

That’s what Matthew Weiner, creator of the AMC hit Mad Men, asked his writers as they were rounding out their final season. They listed out all of the untold plot lines on a whiteboard, discussing each one. To Weiner’s surprise, the one his team most wanted to tell was a personal story that he had always rejected.

If you’re a Mad Men fan (and, spoiler alert, if you haven’t seen Season 7, Part 1), the episode where Betty Draper accompanies her son Bobby on a school field trip comes straight from Weiner’s childhood, and is one of the most bizarre and gut-wrenching stories of the season. Who knew that a mother’s vehement anger at her son for eating her sandwich, and, in turn, his despair, would be so powerful?

In a recent interview, Weiner told Fresh Air’s Terry Gross that he never thought that story would resonate with anyone. But it made the cut.

Why Do We Withhold Our Stories?

For lots of reasons. In Weiner’s case, that was a true story of sadness and regret. Personal remembrances, especially negative ones, can be hard to share because they’re, well, personal.

But, often, they do.

Just Tell It. To Someone.

When it comes to the story of your brand, if you feel strongly about one, tell it. Even though Weiner may have been uneasy about sharing an occurrence from his childhood, he did share it. He wanted to tell it (perhaps subconsciously) just as much as his team wanted to tell it. They just provided the extra push.

So, follow your gut – not the one you perceive others to have. Just like a great TV series, all successful brands are built on a good story. Ask yourself what you really want to tell but haven’t yet told your audience  – a personal account, a powerful anecdote, a strong plot line. If you’re too unsure to just go for it, run it by your team. Chances are, it will resonate with them, too.

Then it will become the story you all want to tell, and maybe it will reach millions.