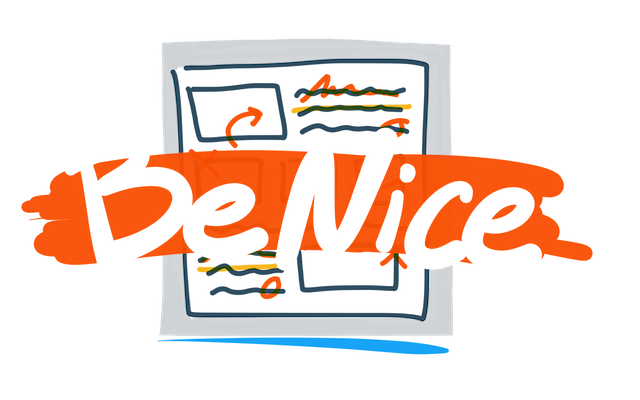 Today’s world of reviews, likes, shares, and tweets has made it abundantly easy for us to critique the work of others. It’s never been easier to fire off “I don’t like it” jabs and elaborate Yelp reviews of that one Chinese carryout place down the street (honestly, it’s Chinese carryout, what do you expect?)

The web has opened the door to subjective criticism (see also: complaints) – which ultimately does nothing more than beat work down with no consideration of the human thought and emotion behind the scenes.

One thing we practice here at Proof is the mantra of “problems without solutions are nothing more than complaints”.

Which rings true in any form of criticism you may offer. I’m as guilty as the next person of these hip-fire, gut reactions that end up being nothing more than personal preference (which, at times, can be valid, but aren’t helpful).

Designer Justin Mezzell wrote a great piece on the topic of “Critque”, and hits the nail on the head, saying:

“Offering commentary devoid of encouragement or the opportunity to teach does little more than beat your own chest in a show of personal taste superiority. It’s beneficial for neither the creator or yourself. Consider an alternative: Offer a thoughtful critique wherein you might suggest a course of action that could enrich the work.”

To the critic: Remove personal taste from the equation

A perfect example of encouraging  constructive criticism that I’m faced with often is during Q&A with clients. This step in our process is for feedback gathering on something we’ve created, designed, or developed, usually organized in a Google Doc.

During our Q&A process we stress the importance of constructive criticism – and moving our clients away from the question of “What do I like/not like” to “What will resonate/not resonate with my audience”.

When you remove yourself from the equation – considering not only the creator, but also who it’s been created for –  it allows you to take a step back and see things through a clearer, objective, constructive lens.

To the creator: Sell your work

Think about the last creative or sales presentation/transaction you were a part of. This can be anything from presenting a new logo design to your manager to the last time you bought a new phone.

Now imagine that instead of being led through a presentation that explained the “what” and “why”, the presenter simply showed you the product/idea, and without context, said, “What do you think?”

In this situation, your wheels will automatically start spinning toward what you can pick apart. “I don’t like the color” – “This doesn’t make sense” – “The squirrel looks like he has a huge penis” (true story: I’ve heard this from a client).

The importance of selling your work cannot be stressed enough. First: It allows you to build trust and credibility by explaining why things are the way they are. It gives whatever you’ve created purpose and intent. Second: It injects humanity into what otherwise may be perceived as nothing more than a business transaction (which, then, leads to “jerk critique” that isn’t helpful to anyone).

How you sell and present your work is just as, if not more, important than the work itself.

To the critic and the creator: Make each other better

Everyone’s a critic. You’ve heard the expression and I’d be naive to say that it isn’t true. But it’s during these times that you have the real opportunity to educate and make something – and each other – better.

To the critic: Offer up your criticism with clear explanation and, most importantly, examples. If you don’t like something, then what DO you like? What DOES resonate most with your audience? What will contribute to your goals, desires, and needs?

Saying, “I don’t like it”, leaves little room for anything more than the creator heading back to the drawing board to take another shot in the dark. Pairing your critique with sound examples is incredibly more useful and will get you to the finish line that much sooner.

And to the creator: Use the critiquing period as an opportunity for you, the creator, to educate others to your process, methods, and end-product. A strong sell leads to “buy in” – and you always have the opportunity to convert a “This sucks” attitude to an “Oh, I didn’t think about it that way” mindset. Use your power as a creator to shift perspective and inspire positive action.

What to say (and when to say nothing at all)

If you have something to say, by all means, say it. But also consider the power in saying nothing at all. As Mezzell continues in his article:

“If you don’t have anything useful to say other than that you don’t care for a given piece, consider the fact that you needn’t say anything. Others don’t need to know you were there. You’re not signing someone’s yearbook. Sometimes it’s okay to leave through the back door without letting everyone else know you weren’t impressed and making a big show of it all. Sometimes, you can just walk away. Simple as that.”

I’ve really had to work on this myself. I practice the mantra of “choosing my battles”, every day. It would be easy for me to pick apart literally everything about everything. But I ask myself – and you should, too – “Do I really need to say anything here?”

More often than you think, the answer is “no”. Put your critique up against the objective/subjective test (and ask yourself if it’s something you’d be comfortable saying face to face).

Is what you’re about to say constructive and helpful? Is it backed with examples on how to make it better? Or is it a destructive, subjective complaint? The former can be incredibly useful. The latter, well, not so much.

This doesn’t have to be complicated

We’re in this together. And the best/only path to a happy, successful relationship between these two roles is to consider each other’s feelings, help each other out, and remain honest.

From a creator and a critic, to all the creators and critics of the world: Please, don’t be a jerk.

Share:
Previous Article Collaboration Takes a Village
Read More
Next ArticleHow To Be Present In Everything
Read More