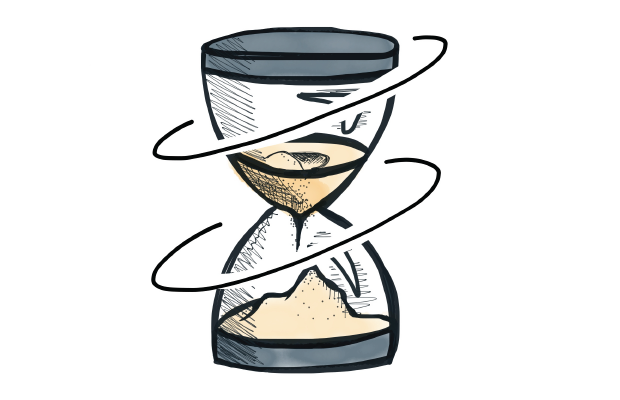 I recently had a conversation with a friend about balance. Not just work/life balance but work/work balance, too. In the end, we decided it would be better if the phrase “life/life balance” existed because your habits from one setting carry over to the next. For example, if you’re notorious for halfway listening to your family members, you’re probably also notorious for halfway listening during that Monday morning meeting.

As humans, we’ll always seek ways to become more present in the moment, while still achieving balance. That’s life. But simply accepting that it’s a challenge and ignoring our ability to change behavior is a mistake. Allowing partial participation, in any facet of your life, to become the norm, dilutes possibility.

While managing your time in blocks, preparing for each change in activity, and pausing outside distractions may sound like a lofty, broken record, they’re easier steps to tackle than you think, and will significantly increase your functionality, awareness, and presence.

Block It Out (Schedule Everything)

Over the past couple of weeks, I’ve been resorting to an old habit of blocking my workday on my Google calendar. Just like a meeting with a client gets a spot on my calendar, so does head down time to focus on a specific project. While I make it public for my coworkers to see, these blocks are more for my own time management and encouragement.

This visual helps me mentally focus on the task at hand – I’m fully committed to working on “X” from 2-4PM. Does it always work out that way? No, interruptions are inevitable. But it keeps me honest and limits multitasking when I need a solid chunk of time to concentrate.

Do Your Prep Work

Rachel Ray based a whole TV show (Week In A Day, anyone?) off of prepping weeknight meals ahead to reduce stress at the end of the day. Whether it’s a quick client meeting, a team brainstorming session, crafting an email, or just you working alone on a project, you don’t have to build from the ground up.

Consider each block of time on your schedule an assignment with homework required. At Proof, we can see our tasks weeks, even months, in advance. So, as a team, we’re working on looking ahead two weeks out, and figuring out what we need (and who we need) in order to minimize deadline craziness and, more importantly, incomplete work. Do a little building beforehand, bring something to the table, and work from there.

Cut Out (All) Distractions

In 2013, Brad Dickason, a product manager for the 3D printing marketplace startup, Shapeways, committed to leaving his laptop and phone behind during company meetings for an entire year. There are arguments for and against the analogue approach, but Dickason recognized that, in his case, those devices were detracting from his participation. He might have been “getting ahead” on other paid projects during meeting times, but it kept him from summoning what might have been great ideas for the project at hand. And, ultimately, he couldn’t fully focus on the work he was hiding behind his laptop, so, overall, his performance suffered.

The most prominent results from Dickason’s experiment? “The people who are talking ONLY look at you” – meaning, not only can you score some brownie points, you have a greater opportunity to be heard than those hiding behind distractions. Additionally, he found that meetings were much more efficient, as he was 100% devoted to the topic. Who doesn’t love a quick(er) meeting?

While some projects may take precedence over others, your end-products are measured by the same standards. That email to your customer should embody just as much of your brand voice as your website copy – that one-off logo should be handled with just as much care as a full branding package. In order to give your best effort to everything, you must be present.

Presence is not an unreachable goal – it just takes practice.

Share:
Previous Article How to be a Critic Without Being a Jerk.
Read More
Next ArticleStarbucks And The Red Cup Phenomenon
Read More