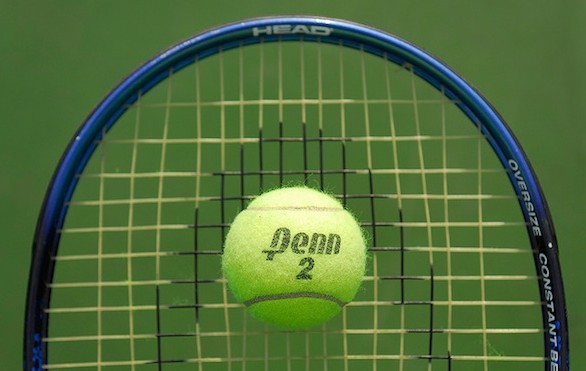 When I was in middle school I decided I wanted to play tennis. I was a soccer player, but the idea of being a tennis player seemed pretty sexy, so when there was a “play day” one afternoon, I went for it.

Being the natural athlete I was, I had visions of grandeur running through my head. I’d dominate. Coaches would be begging me to join the team. College scouts would be offering me scholarships. Isn’t that how it worked? It didn’t matter. That’s how it was going to work for me.

I showed up with a tennis racquet from our garage and the world at my fingertips. It was time to conquer. This was short lived, because apparently, tennis racquet style made a dramatic change in 1976 and the last time anyone in my family played tennis was in the early 70s. My racquet was made of wood and the stringed part was about half the size of everyone else’s. Middle schoolers will be relentless in pointing that kind of thing out, by the way.

Also, I wasn’t very good. No one offered me college scholarships or begged me to join the middle school tennis team.

But guess what? The very next day, I bought a non-antique racket from a modern athletic store and joined it anyway. And I played all the way through high school. As it turns out, I actually was pretty good at tennis, I just needed the right tools.

When starting any undertaking – whether it’s middle school tennis or a new business venture – the right tools are critical. Otherwise you look like an idiot. You can have all the confidence in the world… You can even be completely awesome at what you do, but if your strategy, website, logo, collateral, tennis racket, or whatever else you have doesn’t reflect that awesomeness, you’ll have a hard time convincing anyone else you’re as great as you know you are.

Because unfortunately, people tend to make snap judgments based on what they see. It’s human nature. But there’s good news hidden in there, too. When you start with the right tools from the beginning, snap judgments aren’t an obstacle. They’re an asset.

When you show up with a racket made in 2012, you don’t have skeptical middle schoolers whispering about you behind your back. And when your branding can testify to your skill from the very beginning, you can spend your time doing good work – rather than convincing people you deserve their business.